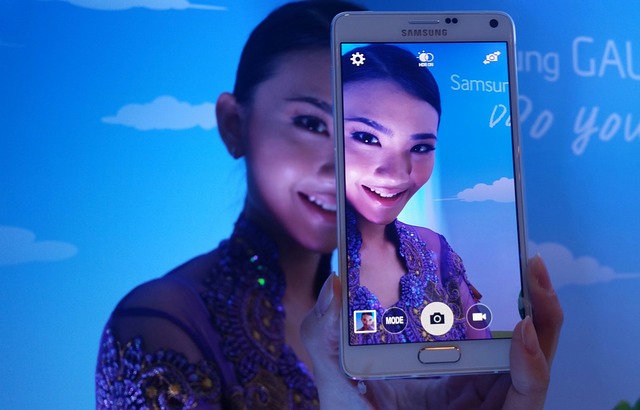 The Samsung Exynos 2200 chip has finally been teased-and it could be packing some serious graphical power.

According to ScreenRant, the official teaser from the Samsung Exynos Twitter page says that their new chip could bring console-like graphics to smartphones by virtue of its RDNA2 architecture from AMD. Here is the tweet:

#PlaytimeIsOver. The gaming marketplace is about to get serious. Stay tuned for the next #Exynos with the new GPU born from RDNA 2. January 11, 2022. pic.twitter.com/0H2MeVUbeS

As you can see, the teaser video really doesn’t reveal much. It only shows an unnamed woman looking either scared or wary, walking around an empty room and opening a door to reveal an alien-looking creature.

For the uninitiated, RDNA2 is the same graphics architecture found in the PlayStation 5 and the Xbox Series X/S-two of the most powerful gaming consoles to date.

As such, one can expect a rather massive upgrade from the previous-generation Exynos 2100 in terms of raw graphical performance.

Aside from essentially confirming the Exynos 2200 being an RDNA2 part, the tweet also revealed an official reveal date: January 11, 2022. The slogan for the reveal is “Playtime is over,” which could indicate that Samsung wants to bring forth the big guns.

This news comes after AMD announced their mobile RX 6000M GPUs for the mobile industry giant’s Exynos processors back in June. With RDNA2, users can expect advanced graphical technologies such as ray tracing, which could bring smartphone visuals to a whole new level.

But aside from the confirmation of RDNA2 and a reveal date, not much is shown in the teaser.

The upcoming Exynos 2200 will serve as Samsung’s direct answer to the Snapdragon series, which has been lording it over them in terms of raw performance. As made clear in this video by YouTuber Mrwhosetheboss, the 2100 fell flat against the Snapdragon 888 in almost every category.

Just How Powerful Will The Samsung Exynos 2200 Be?

If earlier reports about the architecture (and comparisons to other hardware bearing the same GPU) are to be believed, then it could be pretty powerful and usher in a new era for smartphone graphics.

(Photo : Photo by CHRIS DELMAS/AFP via Getty Images)
This illustration picture shows a person logging into Epic Games’ Fortnite on their smartphone in Los Angeles on August 14, 2020. – Apple and Google on August 13, 2020 pulled video game sensation Fortnite from their mobile app shops after its maker Epic Games released an update that dodges revenue sharing with the tech giants. (Photo by Chris DELMAS / AFP)

Back in July, Tech Times reported that the 2200’s GPU could be stronger than that of the Xbox One’s. That is solely because of the architecture upgrade. The Xbox One featured a Graphics Core Next (GCN) chip, according to TechPowerUp.

That GPU has the same performance as that of an NVIDIA GTX 750 non-Ti, which is by now an almost 7-year-old graphics card. But the Exynos 2200, on the other hand, will have a chip with slightly less performance than the same one powering Valve’s Steam Deck, which is built to run demanding AAA games.

This extra information, however (except those revealed in the teaser), remain unconfirmed until the January 11th reveal.

This article is owned by Tech Times

ⓒ 2021 TECHTIMES.com All rights reserved. Do not reproduce without permission.